Welcome To Watches Of Switzerland

Founded in 1924, Watches of Switzerland has been retailing the world’s finest watches for over 90 years. The Company began trading as a mail-order business under the name G & M Lane on Ludgate Hill, and now has 15 boutiques in leading retail destinations across the UK, including London, Manchester, Glasgow and Cardiff.

In 2014 Watches of Switzerland opened Europe’s largest boutique devoted to luxury watches at 155 Regent Street, London – a feat of both staggering design and horological excellence.

In 2017 Watches of Switzerland went international opening its first boutique at the Wynn in Las Vegas, followed by Greene Street in New York's SoHo neighborhood.

In 2019, a third showroom opened in Hudson Yards in New York City, the largest private real estate development in the history of the United States. 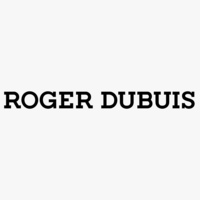